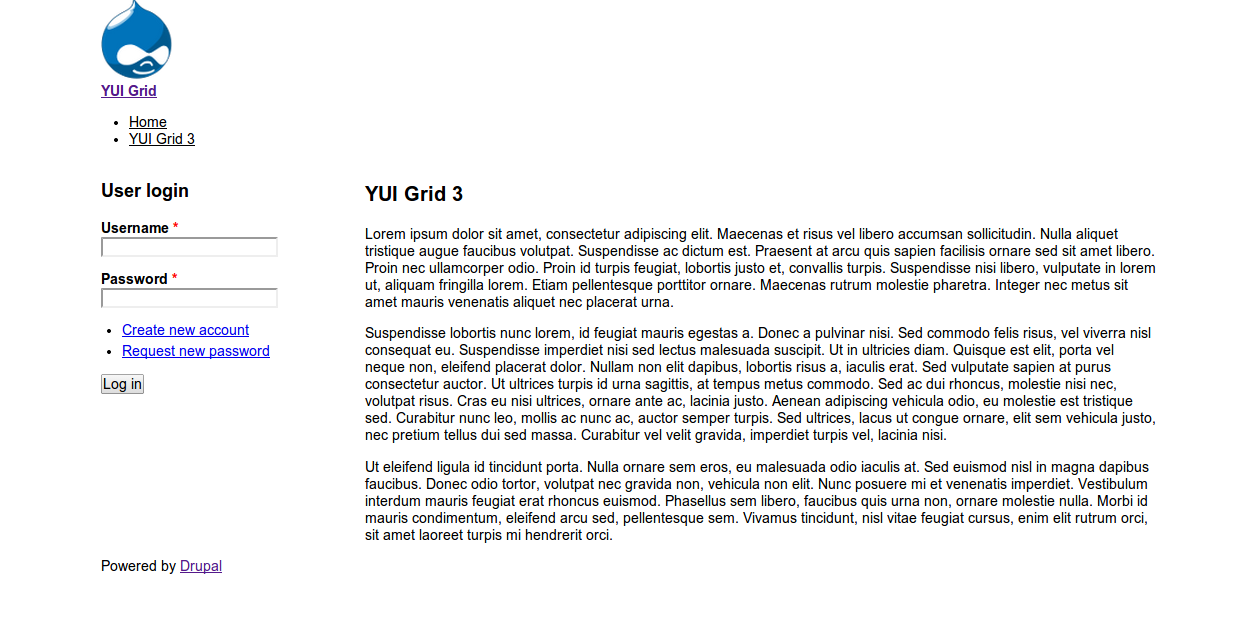 5578
7.X
No demo available
No documentation available
Drupal 7
Demo to see how the theme looks in a sample Drupal site Apply theme

Note that this theme is extremely bland! It is meant for developers as a base theme to build themes with.

The upcoming YUI Grid 7.x-3.4 will feature elements from PureCSS, which will offer some elegant default styling to build a layout on. The components included are forms, buttons, tables, and menus.

Based on YUI 3.18.1 Responsive. Theme settings allow specification of page width, location and width of sidebar, option to disable breadcrumbs, and an option to disable responsive layout. From 7.x-3.4 onward, cssnormalize.css will replace cssreset.css and cssbase.css as the default foundation layer.

There is also a second theme, based on YUI Grid, called Pure, which includes many styles from the PureCSS project. This sub-theme offers elegant styling for forms, tables, buttons, and menus.

The best way to work with YUI Grid theme is to create a new theme with base theme = yui_grid in the theme's info file and then to copy the regions from the YUI Grid info file. If you need to override any templates, copy those from the template folder.

If you wish to include the elegant PureCSS styles in your project, instead use base theme = yui_grid_pure in your new theme.

Other starter themes are Clean, Zen, and Omega.