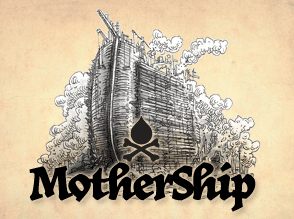 The Mothership is a HTML5 base theme that offers a workaround to Drupal’s obscure love for wrapping everything in 2 divs and slapping on 3 CSS classes wherever possible.

Like other blank canvas base themes (eg Stark, Framework), this theme will NOT make your site look pretty. Unlike the others, it will do more to help you clean up the mess of excessive markup that Drupal provides out of the box, offering settings to optionally remove CSS classes in the markup.

If you really like the markup & CSS options that Drupal provides - this theme is probably not for you, and that’s perfectly okay.
If you on the other hand care about clean markup & CSS - This could be the solution for you.

Is it Responsive?
Yes the mothership is responsive - if you add the basic layout css file (and we have even included a fix to make IE understand mediaqueries)

Why do it change so much in Drupal
Because Drupals markup is a PITA to work with.
We like clean mean markup & css that you as a themer wants - not what Drupal thinks was good for you 5 years ago.

aaaaarr! Im a pirate i wanna help out!

Awesome! we need all the help we can get, to fight the markup & css overload.
Fame and fortune awaits!

The Development of the Drupal6 version is stopped, i simply dont have the time for supporting both & i will rather use my time gooing for ward with Drupal 7 & Drupal8

Mothership is "Fixing everything that is wrong (tm)"